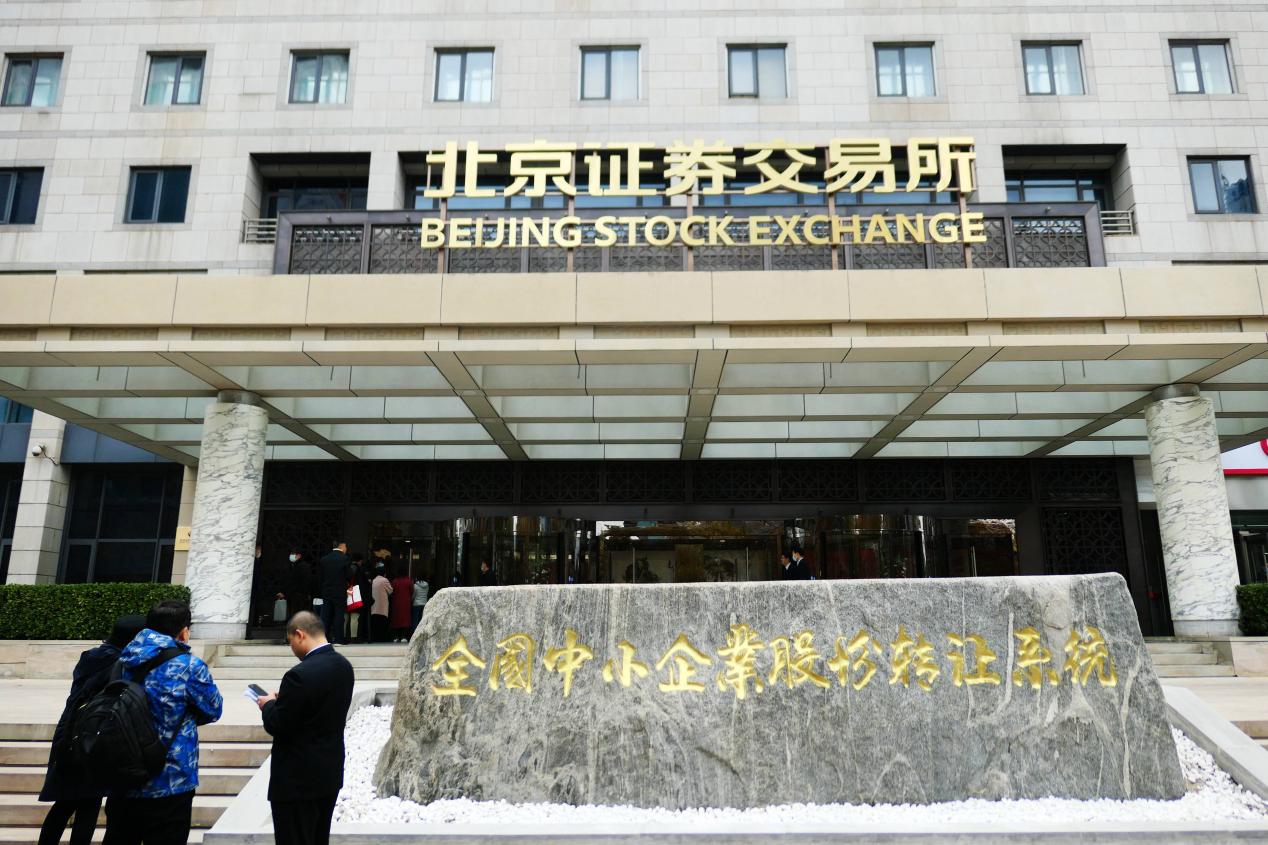 By: Niwota News Agency
In: Business, News
With: 0 Comments

As of Nov. 19, the first batch of 81 companies debuted on the Beijing Stock Exchange (BSE), which officially started trading at 9:30 a.m. on Nov. 15, registered a cumulative combined trading volume of about 21.25 billion yuan (about $3.33 billion) since the first day of trading.

Among the 81 companies, 10 newly approved firms had seen their share prices rocket 123.91 percent on average, and the rest 71 companies transferred from the selected layer of China’s National Equities Exchange and Quotations (NEEQ), also known as the New Third Board, had recorded a cumulative total trading volume of 13.01 billion yuan since the opening of the new bourse.

Trading activities at the new Beijing bourse have met expectations. At the same time, the BSE has shown better liquidity than the selected layer of the New Third Board.

The new Beijing bourse will benefit innovation-oriented enterprises, which are considered dynamic market entities, with favorable policies and systems, Cheng Yongqing, chairman of the board of directors of the Beijing Tri-Prime Gene Pharmaceutical Co., Ltd., said while addressing the opening ceremony of the BSE as a representative of the first companies debuted on the new bourse.

The first batch of 81 companies listed on the BSE has caught great attention. Although from different industries, these companies have fully demonstrated the role of the BSE as a platform serving innovation-oriented small and medium-sized enterprises (SMEs).

Of the first batch of enterprises, 17 are “little giant enterprises” with specialized, sophisticated techniques and unique, novel products.

The first batch of enterprises cover 25 major industries of the national economy, and most are in the vanguard of industry segments. Their average research and development (R&D) intensity reaches 4.2 percent and R&D expenditure 25.36 million yuan.

A sound financing environment requires suitable systems. Within about two months during the preparations for the opening of the BSE, China Securities Regulatory Commission (CSRC), the country’s securities regulator, released six regulations and 13 normative documents, and the new bourse formulated 51 sets of systems and rules, fostering a more inclusive, flexible, and universally beneficial financing environment.

The inclusive and precise issuance and listing systems of the BSE accommodate the needs of different types of SMEs with different characteristics, said Tian Xuan, associate dean of the Tsinghua University PBC School of Finance.

The minimum market capitalization threshold required by the four parallel sets of listing standards of the BSE is 200 million yuan, much lower than the one billion yuan threshold of the STAR Market and the ChiNext board, Tian pointed out.

The new Beijing bourse also rolls out listing standards that focus on the growth potential and R&D capabilities of enterprises, offering more opportunities to businesses with strong innovation capability and high R&D expenditure, according to Tian.

Adopting the registration-based initial public offering (IPO) system, the new exchange requires companies seeking listings to submit IPO applications to the BSE and register at the CSRC. The examination and approval procedures at the BSE take two months, one month less than the time needed at other stock exchanges that also pilot the registration-based IPO system, such as the STAR Market and the ChiNext board.

As a newly established stock market, the BSE aims to, based on its market positioning and characteristics, improve the quality of listed companies from three main aspects, according to an executive of the new bourse.

First, the BSE will strengthen supervision on the entry of companies to the exchange. It will earnestly implement the pilot registration-based IPO system, lay emphasis on information disclosure by listed companies, keep various arrangements in line with those of the STAR Market and the ChiNext board, ensure that its listing requirements are precise, inclusive and suitable for SMEs, and clarify responsibilities of various parties in IPO screening to avoid risks.

Second, the BSE will ensure that responsibilities of key entities are fulfilled. Corporate governance and information disclosure, among other aspects of the daily round of the new bourse, will be comprehensively aligned with main current regulatory arrangements for listed companies. The BSE will further make sure in continuous supervision that responsibilities of intermediaries, including sponsor institutions, are fulfilled. It will also require listed companies to shoulder the primary responsibility for standardizing operations so as to stimulate their endogenous power for improving their quality.

Third, the BSE will make sure channels of delisting are clear. While fully tolerating inherent characteristics of SMEs, such as the fact that their performance is vulnerable to external influences, the exchange will resolutely remove companies in extreme situations from its register, including the ones that have seriously violated the law or are no longer able to continue its operations.