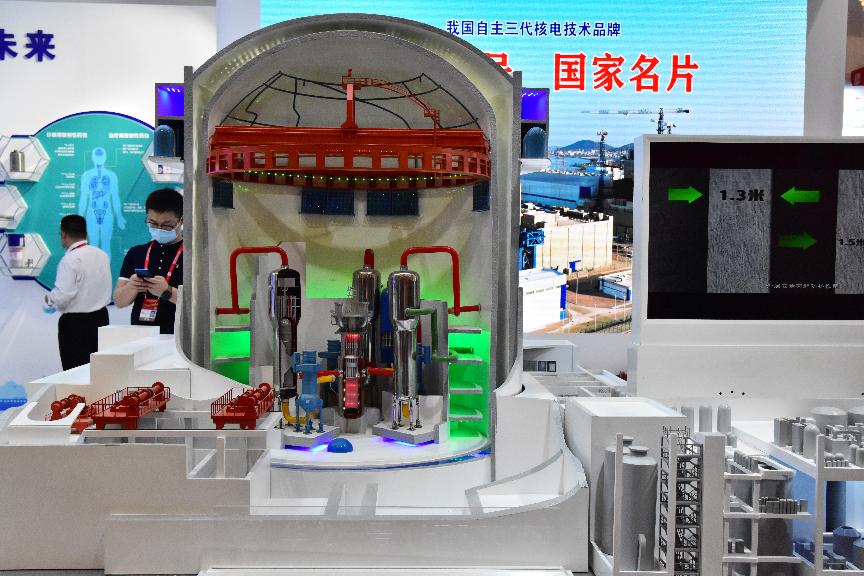 By: Niwota News Agency
In: International, News
With: 0 Comments

In recent years, China has attached great importance to enhancing the strength of indigenous brands and ramped up efforts to accelerate the shift from “Made in China” to “Created in China” and from “Chinese products” to “Chinese brands”.

Chinese brands have delivered eye-catching performance in both international and domestic markets this year. A total of 143 Chinese companies entered the 2021 Fortune Global 500 list, making China top the ranking. During this year’s Singles’ Day shopping festival in China, the volume of transaction of more than 100 domestic brands on China’s e-commerce giant JD.com surged over eight times year on year, while China’s leading search engine Baidu witnessed the greatest increase in the number of domestic products-related searches in nearly three years.

More and more Chinese enterprises have built their brands and improved their core competitiveness by making innovations, creating such important products as a smart jacking platform that is the first of its kind in the world, the world’s largest rectangular shield tunneling machine, and the world’s thinnest stainless steel foil.

Many Chinese brands have changed their development ideas and started to explore the path of collaborative innovation.

At the 130th China Import and Export Fair, commonly known as the Canton Fair, held in October this year in Guangzhou, capital of south China’s Guangdong province, they exhibited a solution to whole-house smart home appliances.

Galanz has established research and development (R&D) centers and branches in more than 10 countries around the world. Its products have been sold to nearly 200 countries and regions.

China’s homegrown sportswear brand Anta is intensifying efforts to build an integrated warehousing and distribution network using both online and offline means. On the one hand, by promoting the application of digital technologies in logistics services, the company has improved user analysis and managed to realize precise distribution of inventory. On the other hand, it has widely used automatic guided vehicles (AGVs) and other emerging machines and systems offline, raising the efficiency of parcel sending by 30 percent.

Quality is the lifeblood of brands. Ensuring quality safety and improving the level of quality is an important precondition for the high-quality development of Chinese brands.

Inner Mongolia Yili Industrial Group Co., Ltd., a leading Chinese dairy producer, innovatively developed and upgraded a smart ranch big data analysis and application platform, which enables farm workers to check dynamic information about cows in real time and feed them precisely according to their needs, thus ensuring science-based diet and healthcare for cows as well as the production of high-quality milk.

In a lab of the technological innovation and R&D center of Guangdong HEGII Sanitary Wares Co., Ltd., a major sanitary ware production company in China, more than 700 reliability testing platforms have been running around the clock to make sure the company’s products pass the most rigorous tests.

The company’s efforts to improve product quality have been proven rewarding. Its sheet material can remain intact after being soaked in hot water at 80 degrees Celsius for 109 hours, while the coating it produces still shows outstanding water repellency performance after 100,000 times of scrubbing.

“Quality is the top priority of HEGII. Our persistence on ensuring high quality of our products creates broader space for development,” said Ding Wei, chief executive officer of the company.

Many Chinese companies have actively made contributions to the implementation of China’s rural vitalization strategy.

By tapping into the endogenous culture and carrying out protective development of intangible cultural heritage in rural areas, Overseas Chinese Town Holdings Company (OCT Group) has significantly boosted the development of villages.

Many companies in the country have played important roles in the front line of the country’s endeavors to realize the goal of peaking its carbon emissions by 2030 and achieving carbon neutrality by 2060.

With high-quality products, great enthusiasm for innovation, and a strong sense of responsibility, Chinese brands are bound to grow increasingly competitive and exert far-reaching influence on the international market along their path to high-quality development in the new stage, said Jiang Xiaojuan, dean of School of Public Policy and Management, Tsinghua University.