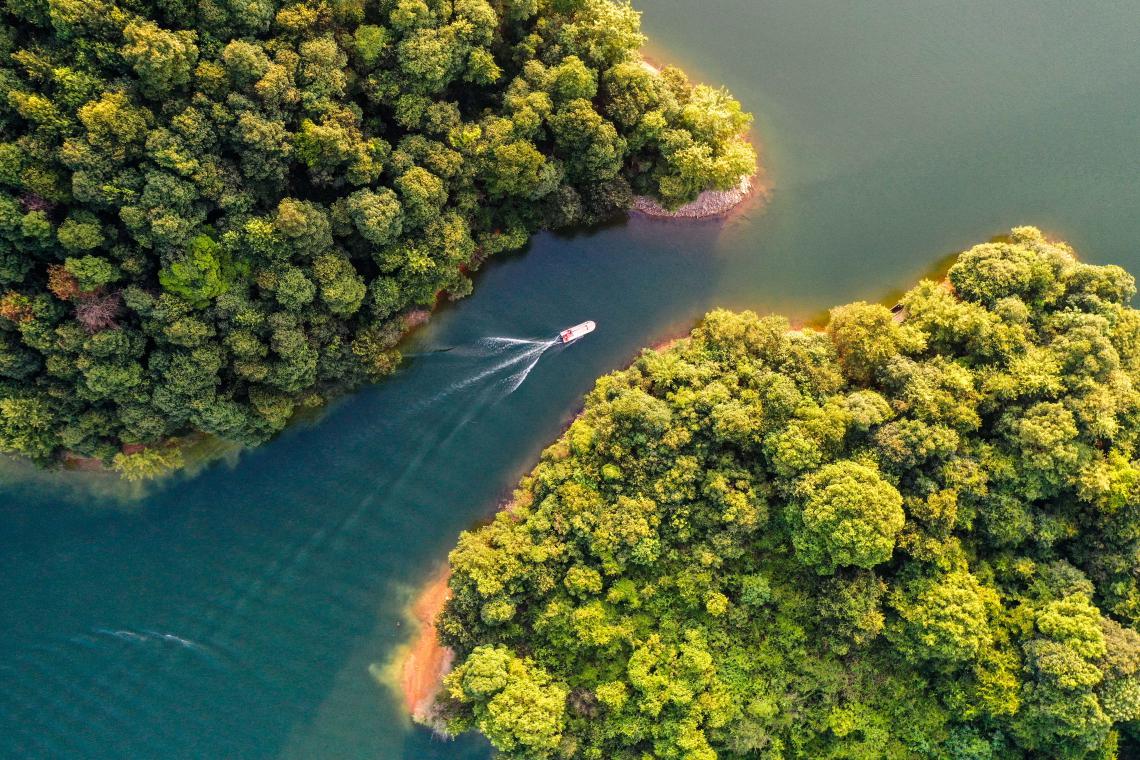 By: Niwota News Agency
In: International, Tech
With: 0 Comments

As east China’s Jiangxi province has pushed ahead green development, Nanliao River, which originates in Fengxin county, Yichun city of the province, has become much clearer. Birds flitter over the river frequently, and people are often seen angling leisurely by the river.

Many reaches of the Liaohe River, whose main stream is Nanliao River, have seen their water quality climb by two levels to the third highest grade in China’s five-tier water quality system and become hospitable for fish and shrimp over the past five years, said Yi Deming, secretary of the Communist Party of China committee in Chi’an township, Fengxin county. Yi has also been designated as the steward, or “chief” of a section of the Liaohe River under China’s river chief scheme launched to combat water pollution.

The implementation of policies on ecological and environmental protection is a key factor behind the improving ecological environment of the Liaohe River, according to Yi, who patrols his section of the river every day.

“After China carried out the scheme to appoint government officials as river chiefs, breeding bases, sand quarries, and chemical plants near the river have gradually been shut down,” Yi said, adding that over 50 sand quarries have been removed.

To maintain water quality, Jiangxi province, which is home to more than 2,400 rivers, has continuously explored a long-term governance mechanism that encourages areas in river basins to share both the costs of and benefits in improving water quality and join hands to control water pollution.

Chen Hepeng, a worker at Yadong ecological park in Ruichang city, a county-level city of Jiujiang city, Jiangxi province, has witnessed how the ecological park, which covers an area of over 10 hectares, has transformed from a mining area into a beautiful ecological park where a wide variety of vegetables flourish.

“There was nothing on this land before. In the past, dust would swirl in the air whenever a car passed, and the whole place would be dotted with puddles in rainy days,” recalled Chen who used to collect earth in the mining area.

Since 2017, Yadong cement plant, owner of the mining area, invested over 55 million yuan ($8.46 million) in several eco-friendly projects, including the construction of the ecological park and a smart mine, significantly simplifying the collection of earth.

Chen, who was really concerned that he might be left jobless at first, became a gardener at the ecological park in January 2018.

Today, the once excessively exploited mountains are covered with trees, mining practice in the area becomes safe, green and efficient after closed-off management, and the introduction of level-Ⅳ settling pond helps the smart mine realize conservation of water and soil, sand cleaning, recycling of water, and zero discharge of wastewater.

Changes in the mining area epitomize the fruits of the endeavor of Jiujiang city, a pillar of mining industry in Jiangxi, to build green mines with the mindset of systemic governance.

In a bid to set up an overall ecological barrier, Jiangxi has comprehensively implemented afforestation, forest quality improvement, wetland protection and restoration, among other major projects, according to Xiao Lisheng, head of the ecological civilization division of the Jiangxi Development and Reform Commission, who added that the province treated and restored about 5,000 hectares of wetlands between 2016 and 2020.

In 2016, Jiangxi was listed as one of the first batch of national pilot zones for ecological conservation in China.

The province has so far completed all of its temporary tasks as a pilot zone. It has been among the frontrunners in the country in protecting and restoring mountains, rivers, forests, farmlands, lakes, grasslands, and improving deserts, implementing ecological protection compensation, and pushing ahead systems of river, lake and forest chiefs. 35 items of the province’s reform fruits have been promoted across China.

Last year, Jiangxi’s forest coverage rate was maintained at 63.1 percent, and the share of good air quality days in the province reached 94.7 percent. Meanwhile,  96 percent of the province’s surface water sections monitored by the state showed excellent and good quality, and the quality of all its surface water sections monitored reached or exceeded Class Ⅳ.

2021-08-21
Previous Post: China completes phased goals of battle for pollution prevention and control
Next Post: U.S. not eligible to act as judge of human rights