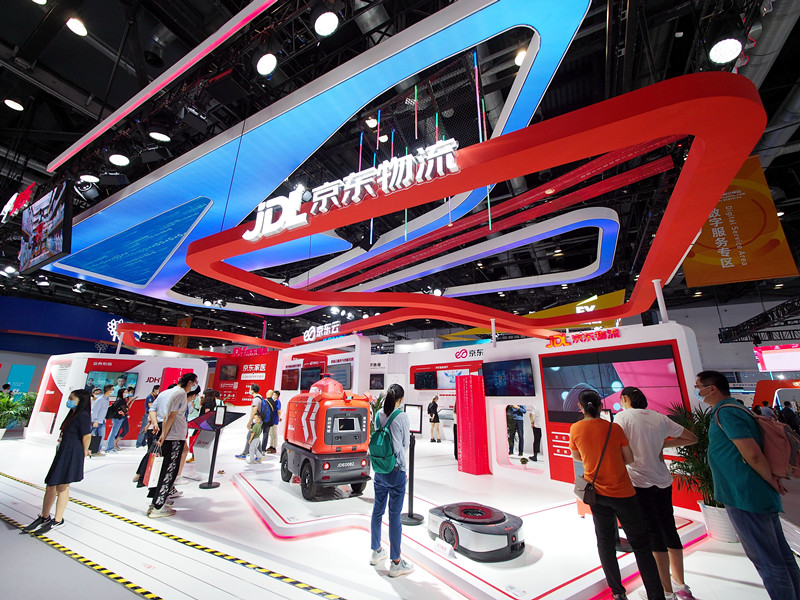 Trade in services speeds up digitalization of world economy

By: Niwota News Agency
In: Business, International, News
With: 0 Comments

The 2021 China International Fair for Trade in Services (CIFTIS) just concluded in Beijing on September 7. Multiple forums were held at the event during which Chinese and foreign officials, entrepreneurs, scholars and international organization representatives exchanged views on the high-quality development, open cooperation and new digital ecology of service trade.

Impacted by the COVID-19 pandemic, global foreign direct investment (FDI) plunged by 42 percent, and service trade has also been hit hard. However, the accelerating digitalization of the service trade sector is bringing new opportunities to the sector’s restructuring and the development of new service trade.

The average growth of global trade in services in the recent decade is twice that of the trade in goods. The service trade sector is playing an increasingly prominent role in promoting global growth and organizing the global value chain.

China, continuously expanding its service trade, has ranked as the world’s second largest trader of services for seven years, which caught high attention from the guests attending the 2021 CIFTIS.

China is constantly promoting the integrated development of service trade, said Victoria Kwakwa, World Bank Regional Vice President for East Asia and Pacific, adding that as the world’s second largest importer and the fourth largest exporter of services, the country is continuously developing its service trade and making it diverse. Kwakwa believes that service trade will help countries recover from the pandemic faster and better, and accelerate the digitalization of the world economy.

President Marcos Troyjo of the BRICS New Development Bank said the trade in services is even more important given the rising trade protectionism. Service trade is occupying an increasingly larger share in global trade, and benefits a series of sectors such as manufacturing, he noted.

Troyjo gave a high evaluation on China’s sci-tech development, new approaches to industrialization, and efforts on intellectual property protection, which he believes are very important for restructuring the global value chain.

As a new form of global trade and a new engine of trade in the future, digital economy was one of the buzzwords at this year’s CIFTIS. It is reported that the global exports in digital trade bucked the trend and expanded by 3.8 percent last year, further increasing its share in service trade to 62.8 percent and contributing 98.3 percent to the growth of service export..

During the Forum on Trends and Latest Developments of Digital Trade of the CIFITS, participants offered ideas and recommendations on how China and the world should advance digital economy and trade, from legal construction to infrastructure reinforcement, and from sustainable development to digital transformation of enterprises.

Rich Lesser, CEO of Boston Consulting Group, said China has a solid foundation of industry and consumer internet market, and boasts world-leading digital ecology. It enjoys broad prospects in digital trade development, and its innovative service modes can be promoted globally, he noted.

China plays a leading role in the world in terms of the construction of digital platforms, said Luis Diego Monsalve, Colombian Ambassador to China, adding the country has built digital platforms that enable people to enjoy financial and educational services from a distance, which has facilitated trade and investment and created substantial development opportunities.